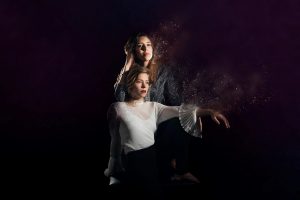 and musical understanding in this collaboration.

Both born in Capetown, South Africa to a Belgian mother and South African father,
then raised in Stockholm, Sweden, the duo frequently draw from their vast cultural heritage
when creating their own music as well as putting a gentle touch of their own
into any recreations of known songs.

The sisters both recently graduated from the Royal College of Music in Stockholm
with a masters degree in Music and Media Production wherein they gathered a vast array
of musical talents and began to truly focus on their skills.
They currently perform and compose both as a duo and also as solo artists
in an array of contexts and places around the world.

When entertaining, the Jonas sisters never limit themselves to any type of function, event, musical genre
or even language for that matter with the two speaking fluently in; English, French and Swedish.

This website uses cookies to improve your experience while you navigate through the website. Out of these, the cookies that are categorized as necessary are stored on your browser as they are essential for the working of basic functionalities of the website. We also use third-party cookies that help us analyze and understand how you use this website. These cookies will be stored in your browser only with your consent. You also have the option to opt-out of these cookies. But opting out of some of these cookies may affect your browsing experience.
Nödvändigt Alltid aktiverad

Any cookies that may not be particularly necessary for the website to function and is used specifically to collect user personal data via analytics, ads, other embedded contents are termed as non-necessary cookies. It is mandatory to procure user consent prior to running these cookies on your website.